Re: R.J. Lipton and K.W. Regan • Twin Primes Are Useful

Note.  Just another sheet of scratch paper, exploring possible alternatives to the Fourier transforms in the previous post.  As a rule, I like to keep Boolean problems in Boolean spaces, partly for aesthetic reasons and partly from a sense that it doesn’t reduce the computational complexity of Boolean problems to replace them with integer or real number problems.  I’ll begin by copying the previous post as a template and gradually transform it as I proceed.

Begin with a survey of concrete examples, perhaps in tabular form.

In contexts where the meaning is clear,

may be written as

or even, using a different style of parentheses, as

For ease of reading formulas, let

with the corresponding singular proposition

Try some other bases, but with addition as in

I’m thinking of calling these the cosingular or fenestral propositions. (I would have called them the lacunary or umbral propositions but those terms already have established meanings in mathematics.) On third thought, I think I’ll call them crenular propositions, a crenel being a notch at the top of a structure. 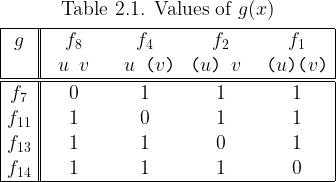 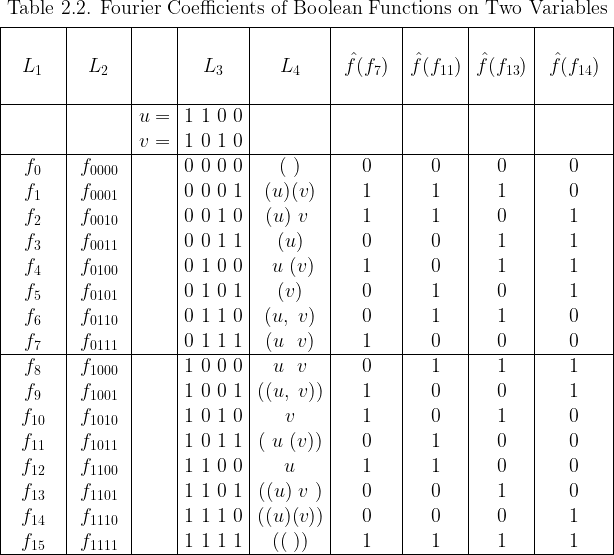 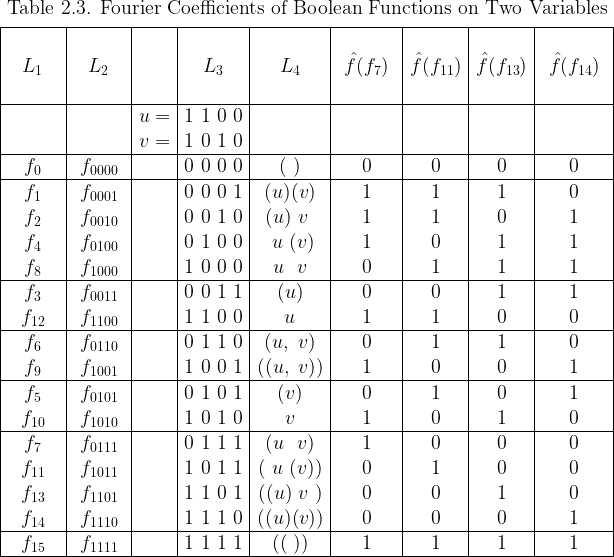