A problem we often encounter is the need to relate a variety of formal languages to the same domain of formal objects.  In our present engagement we are using languages not only to describe but further to compute with the objects in question and so we call our languages so many diverse calculi.

When it comes to propositional calculi, a couple of Tables may be useful at this point and also for future reference.  They present two arrangements of the sixteen boolean functions on two variables, collating their truth tables with their expressions in several systems of notation, including the parenthetical versions of cactus expressions, here read under the existential interpretation.  They appear as the first two Tables on the following page.

The copies I posted to my blog will probably load faster. 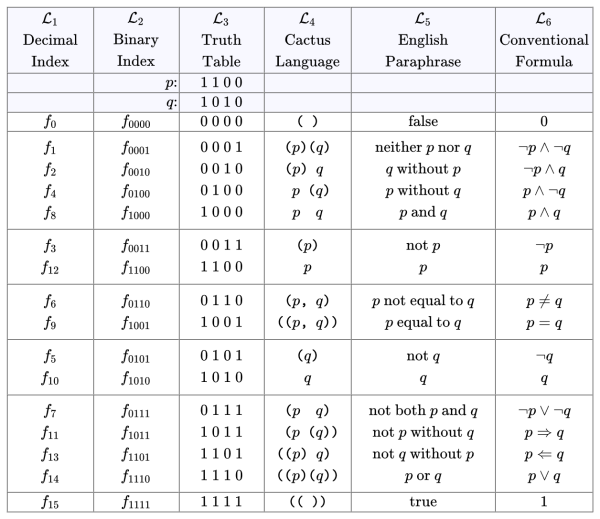