For example, consider the following expression: 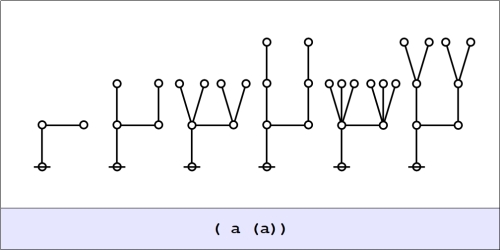 Now consider what this says about the following algebraic law:

It permits us to understand the algebraic law as saying, in effect, that every one of the arithmetic expressions of the contemplated pattern evaluates to the very same canonical expression as the upshot of that evaluation.  This is, as far as I know, just about as close as we can come to a conceptually and ontologically minimal way of understanding the relation between an algebra and its corresponding arithmetic.