The preceding discussion outlined the ideas leading to the differential extension of propositional logic.  The next task is to lay out the concepts and terminology needed to describe various orders of differential propositional calculi.

Logical description of a universe of discourse begins with a collection of logical signs.  For simplicity in a first approach, we may assume these logical signs are collected in the form of a finite alphabet,

a set of logical features,

A set of logical features,

affords a basis for generating an

and the set of propositions

implicit with the ordinary picture of a venn diagram on

features.  Accordingly, the universe of discourse

may be regarded as an ordered pair

and this last type designation may be abbreviated as

or even more succinctly as

For convenience, the data type of a finite set on

elements may be indicated by either one of the equivalent notations, 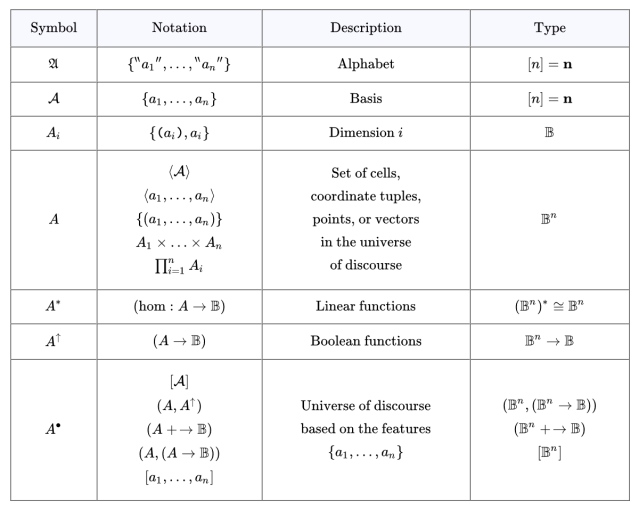